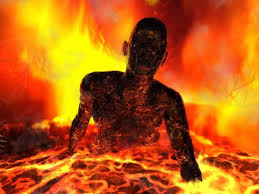 This was taken from an article see all information below.

Halloween is a devil’s holiday, not a Christian observance

The founder of the church of Satan said that by dressing up, either by wearing a costume or coloring oneself for Halloween, is tantamount to worshipping the devil.

Anton LaVey, the founder of the church of Satan, himself declared that by dressing up, either by wearing a costume or by coloring oneself in celebration of Halloween, signifies that you allow Satan to own you. He further said that when you adopt the pagan practices, you subconsciously dedicate yourself to the devil. He took joy in Christians who take part in the tradition, saying:

I am glad that Christian parents let their children worship the devil at least one night out of the year. Welcome to Halloween.

LaVey’s statement is corroborated by a former Satanist, John Ramirez, who said that when you dress up even as an angel or a mermaid for Halloween, “you give the devil the legal rights to change your identity.” Ramirez further warned that there’s a much darker reality in Halloween beyond costumes and candy. The former Satanist turned Christian pastor said in an interview on CBS News (October 20, 2018):

With more than 2.2 billion adherents, Christianity comprises about 31.50% among all the organized religions in the world. And, based on a CBN News Facebook survey, 87% expressed that Christians should not celebrate Halloween, while 13% believe that there’s no problem celebrating it.

Christians are taught to be the light of the world. In one of the Scripture passages, we are instructed thus:

You are the light of the world. A city set on a mountain cannot be hidden. Nor do they light a lamp and then put it under a bushel basket; it is set on a lampstand, where it gives light to all in the house. Just so, your light must shine before others, that they may see your good deeds and glorify your heavenly father.

Therefore, Christian believers have the moral responsibility to educate their children regarding the evil that comes with Halloween pumpkins, costumes, and the Trick-or-Treat tradition. Adults should likewise lead by example to the young ones.

The origin of Halloween can be traced back to the Celtic festival of Samhain. It’s a tradition held at the end of summer when sacrifices were made to the gods in Druid tradition. The adherents believed that Samhain, the god of death, scattered evil spirits during this time throughout the world to attack humans. These evil spirits play nasty tricks as soon as the dark winter and the waning of the sun set in.

To escape the attack, humans would assume disguises and make themselves look like evil spirits, too.

Halloween is also the favorite time of year for witches, or the advocates of Wicca. Wicca is the official religion of witchcraft. Wiccan adherents believe that on the night of October 31, the separation of physical and spiritual realities is at its thinnest and least guarded. And so, it’s the best time for those who have necromantic abilities to speak to the dead.

As Christianity spread through Europe, it came into conflict with the indigenous pagan beliefs. The organized church basically challenged the established customs by trying to introduce Christian alternatives. Although Christianity gained some converts, many were adamant. And so, the missionaries succeeded only in “Christianizing” pagan rituals. They were only able to introduce Christian symbols and practices to the pagan traditions, like the All Hallows Eve remembrance.

The missionaries injected the All Saints’ Day concept into the pagan Halloween celebration. They introduced the evening before All Saints’ Day as All Hallows Eve, when the time of solemn remembrance of the martyrs begins. The term was derived from “Hallowed”, which means holy. All Hallows Eve was shortened to “Hallow-e’en”, which eventually became “Halloween” over the years. The only difference between the two practices is that the early Christians’ observance of the Halloween never involved wearing costumes. It was rather a solemn event focused on prayer and meditation.

Sadly though, the pagan practices held a remarkably strong influence that some of the new converts were unable to abandon their old customs altogether. Over the years, other Christians adopted those customs, too. Besides, commercialization came into play. Thus, the practice of trick-or-treat, costumes, adornments, and make-up or body coloring is very much alive even up to the present.

Christians are actually capable of reversing the evil of Halloween if, and only if, each one would live by the teachings of the One on whom they profess their faith. Parents should teach their children the appropriate way to commemorate All Saints Day.