Ever wonder where the vain imaginations came from? Must have been drugs, or occult influence smh. An error where kids were born from cabbages that turned out bad ending up in a garbage pail. Pacman had a family and that seemed virtually impossible ;/

It was a time of colors exploding into bright neon. A hairy man named Chewbacca, never spoke but everybody knew what he was saying. Lots of creativity and things that looking back your like huh what were they thinking?

Many artist used drugs to produce in just about every industry. We know this from what was created. Even down to what we watched on TV, Mork from Ork was very much out there, like in another galaxy.

Knowing what the Bible says about vain imaginations I can honestly say the Holy Spirit wasn’t a part of these outlandish things. But yet the ab-norm was the norm.

10 Now I Paul myself beseech you by the meekness and gentleness of Christ, who in presence am base among you, but being absent am bold toward you:

2 But I beseech you, that I may not be bold when I am present with that confidence, wherewith I think to be bold against some, which think of us as if we walked according to the flesh.
3 For though we walk in the flesh, we do not war after the flesh:
4 (For the weapons of our warfare are not carnal, but mighty through God to the pulling down of strong holds;)
5 Casting down imaginations, and every high thing that exalteth itself against the knowledge of God, and bringing into captivity every thought to the obedience of Christ;
6 And having in a readiness to revenge all disobedience, when your obedience is fulfilled. 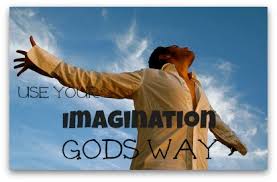