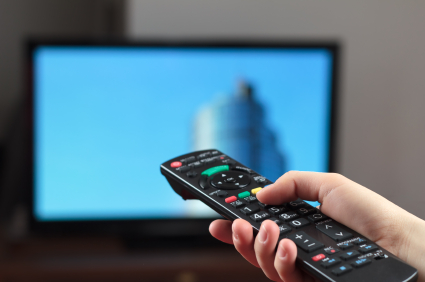 The night before the attack I was up most of the night sick. That morning I slept in. My morning routine was to wake up go down to the kitchen and turn phone ringer on. That morning I saw my answering machine had a lot of messages. It struck me as odd. Then the messages were even more strange. I pressed the button and began to prepare breakfast. The first was message was an business associate of mine. He said “Christine, I’m so sorry I hope your family is ok?” I looked over at the machine puzzled.Just waking up being groggy didn’t help much. The second message was my Mom. she said “Christine we are fine, but concerned they closed off Long Island we can’t get out.” Please try to call me. In shock by these strange messages. I froze as the last message played. My ex husband screaming “Christine turn the TV on and call me immediately!” At that point I was clueless and concerned about my family. I was living in Charlotte, NC at the time. So hearing Long Island was closed off made my heart race. There had to be an emergency of some sort for that.

Turning on the tevelision the first thing I saw was live coverage of the tower and bodies falling out of it. In shock and disbelief watching I thought it was fake. it looked like a godzilla movie. I ran to grab the phone to call my ex husband. He said “I think we’re at war go get batteries, candles, fill up our gas gallon tanks!” He said “Joe is struck on the bridge coming out of NYC, they are concerned it might get blown up!” Joe was my sister in-laws boyfriend. He said all of the phone lines are out in NY.

I heard loud screaming coming from my TV. I looked up to see the second tower had been hit. I said “David please get home, I just saw the second tower get hit by an airaplane.” We both paused and were at a loss for words. He told me he would try to get home as soon as he could. That I needed to pull myself together and get the supplies he requested.

I decided to walk to get gas gallons to not use any gas in my car. On the way back a man in a very large truck jumped down and said” What are you doing?” I told him “I’m getting gas for our vehicles.” He said “Where will you go?” Then he looked me straight in the eyes with his peircing blue eyes. “Don’t you trust God?” I dropped my gas can I was so taken back by what he said. I was a new Christian, how did he even know believed in God?I said “Yes I do” He said then go home and pray” He jumped back up into his truck. I looked down a split second to grab my gas can. He literally disapeared into thin air. I was visted by an angel. I felt this peace wash over me as I walked home.

Coming in I could hear my phone rining the machine came on, it was my church they were opening the church for anyone that wanted to pray. I immediately went there. News reporters were outside as I was leaving. I saw a reporter coming towards me and walked out the furthest door I could to avoid her. That night I saw they filmed me inside praying I felt violated. My family was stuck on Long Island with no way of getting out and my thoughts we were at war. I truly had no words to say that might be encouraging at that time.

As I continued to seek God he led me to read Mark 13. In this passage it spoke of end times and buildings being torn down. I felt some peace knowing and some nervousness we were heading in the direction of end times. It was a large blow to NY but many started seeking God over it. Especially those that saw this coming out from the rubble.

So that morning I turned on the TV to see a revival that was started. Everything satan means for bad God turns to good.