Definition of complaining in Strong’s Concordance:

stenazó: to groan (within oneself)

The definition  in the dictionary:
com·plain
kəmˈplān/
verb
gerund or present participle: complaining

Our words are so powerful-Proverbs 18:21 Death and life are in the power of the tongue: and they that love it shall eat the fruit thereof. Now in hearing this I have a question for you? Do your words taste good? Many will taste and see the Lord is good by tasting the fruit we are sprouting from our mouths. Are our words pleasant like honeycombs? Your annoyance and grievous words become annoying to those around you when they hear them. 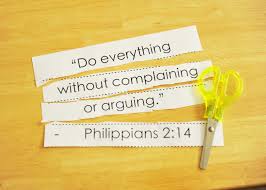 Do all things without grumbling or questioning,

This means if you are given an instruction to do it without even questioning why you must do it. 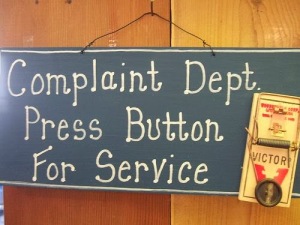 Do not grumble against one another, brothers, so that you may not be judged; behold, the Judge is standing at the door.

This means God is watching your actions and will judge your deeds.

They were a special group of people-after seeing Gods anger they complained again.

Now this scripture is new testament

Nor grumble, as some of them did and were destroyed by the Destroyer.

Who is the destroyer? The devil that steals our joy. We know this because Jesus came to give us abundant life not take away.

The Israelites spent 40 years in what would have been an 11 day trip.

So do you think you may be making your life a little difficult by grumbling about a particular circumstance?

In my personal experience when going through something, I learned in order to stop a problem, I had to stop my bad attitude. The devil loves to take our eyes off the blessings of God and keep our eyes on what he’s doing to us..

The house was on three miles of dirt road with no street lights! I had to get home before dark in order to find the house. This meant I had no social life and couldn’t go to evening services or do anything with friends.

It was miserable for me. One night I got home a little late and it was raining. It was dark before I got on there. I could barely see anything and was slipping and sliding on the muddy road. As my car fishtailed like it was on ice I started crying, “God help me get home!” The next day I grumbled to everybody about my situation. I was so upset things were so hard for me. There’s also a lot more to this story. For the sake of time-you’ll have to trust me, I had been going through a lot personally too. I had complained to an office worker at the Bible College who set me straight. She said you’re making things worse for yourself complaining. God wants to release you to live closer to the school, but he’s waiting on you to change your attitude. Just like the Israelites wandering in the desert, until you focus on your blessings instead of your problems you will be stuck there! Eureka! that was my breakthrough. My focus had been on what satan was doing-messing with me instead of how much God was blessing me! To God be the glory! I didn’t want to give any glory to the devil for what he was doing. He’s like a bully-the more you give him attention, the more they will antagonize you. and you will lose your focus. 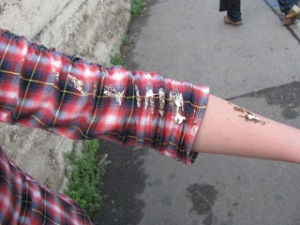 I want to touch on a scripture I mentioned earlier about the power of our words. A very close friend of mine and myself (I’m not mentioning his name so I don’t  uncover his nakedness) were driving home at 10 p.m. from a church service that was a 20 minute drive. Because it was late, he goes into this absurd groaning that we are not going to get home until after midnight. Well we missed the exit and guess what time we got home? After midnight! Remember, this would have been a 20 minute ride. His complaining affected me too. I was very tired and wanted to get home.

Now why did this happen you think? The Bible says there is power in our words. Ecclesiastes  5:2, Be not rash with thy mouth, and let not thine heart be hasty to utter any thing before God: for God is in heaven, and thou upon earth: therefore let thy words be few.

4 When thou vowest a vow unto God, defer not to pay it; for he hath no pleasure in fools: pay that which thou hast vowed.

6 Suffer not thy mouth to cause thy flesh to sin; neither say thou before the angel, that it was an error: wherefore should God be angry at thy voice, and destroy the work of thine hands?

If you say things, angels fulfill what you say. Do you want a 20 minute ride become 2 hours as a result of your complaining words?

I’ll give you some examples: If you say “I’m never going to succeed” then more than likely you won’t because you made a vow and God hears everything.  God knows he’s the God of the impossible. If you’re his child it’s actually insulting him to complain and say things like that.

Romans 6:2 2 God forbid. How shall we, that are dead to sin, live any longer therein?

Dead men don’t say anything no matter how harshly they are treated or how hard things are for them.

This person laying on the floor is dead. You can kick him, curse at him, spit on him-and he’s not going to say or do anything. Not a complaint at all coming out of him. He’s dead. We are to be the same to sin. Non-reactive, dead to it.

Jesus was treated unfairly-beaten and crucified but yet he never complained.

We are to alive in Christ and because of what he did for us, to be dead to sin.

So the next time you’re cussing and fussing remember: you might as well be lifting your hands up and giving him praise because your complaining is music to his ears.

When you complain you rob God of his praise.